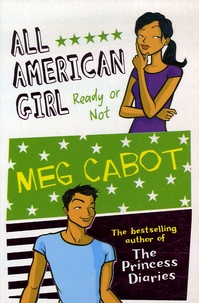 Just because everyone already thinks I've Done It isn't a good enough reason to Do It. I Mean, it's still this incredibly huge step. Who needs the aggravation? Everyone thinks Sam Madison - who last year saved the President's life - is ready.Her art teacher thinks she's ready to draw naked people. The President thinks she's ready to introduce his most controversial bill live on MTV. And scariest of all, Sam's boyfriend David - the President's son - seems to think they're ready to Do It! But only person who isn't sure she's ready is Sam herself. But somehow she's going to have to give everyone - and especially David - an answer. Ready or not.

American Girl was the last song performed in concert by Tom Petty and the Heartbreakers. They played it to close out the encore of their performance on September 25, 2017 at the Hollywood Bowl in Los Angeles, California, the final concert of their 40th Anniversary Tour. Petty died of complications from cardiac arrest after an accidental prescription medication overdose on October 2, just over ...