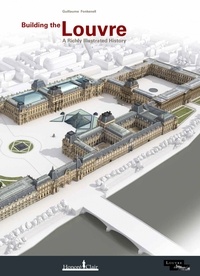 This is the history of a palace, of a museum, and of France : the Louvre, in the heart of Paris, has always been at the heart of French politics. Perhaps no other building has a history so intimately woven into that of a city and a nation. In the thirteenth century, the Louvre castle with its powerful keep was already the symbol of a powerful monarchy. As it slowly lost its defensive role, the austere fortress was transformed into a lavish residence. Meanwhile, the construction of the nearby Tuileries Palace during the Renaissance gave rise to a plan to connect the two palaces, known as the Grand Design.This new vision of grandeur would continue to haunt successive reigns from Louis XIV to Napoleon I. It was not until Napoleon Ill that the Grand Design was finally brought to fruition — which only lasted a few years, until the Tuileries Palace was burned down during the uprising known as the Paris Commune. Today the palace of the Louvre, inevitably associated with its glass Pyramid, is still continuing to evolve in order to fulfil and expand its role of museum. Although the Louvre is now one of the world's most highly visited museums, people too often overlook the history of the palace in which it is housed. And yet great architects have worked on the building for over eight hundred years, in an ongoing quest for perfection unmatched anywhere in Europe over such a duration. Author Guillaume Fonkenell has selected ten key periods from this vast creative saga, describing each one through spectacular 3-D renderings of reconstructed views. Designed to be useful and accessible to all, the book provides an overview of the history of the Louvre down through the centuries.